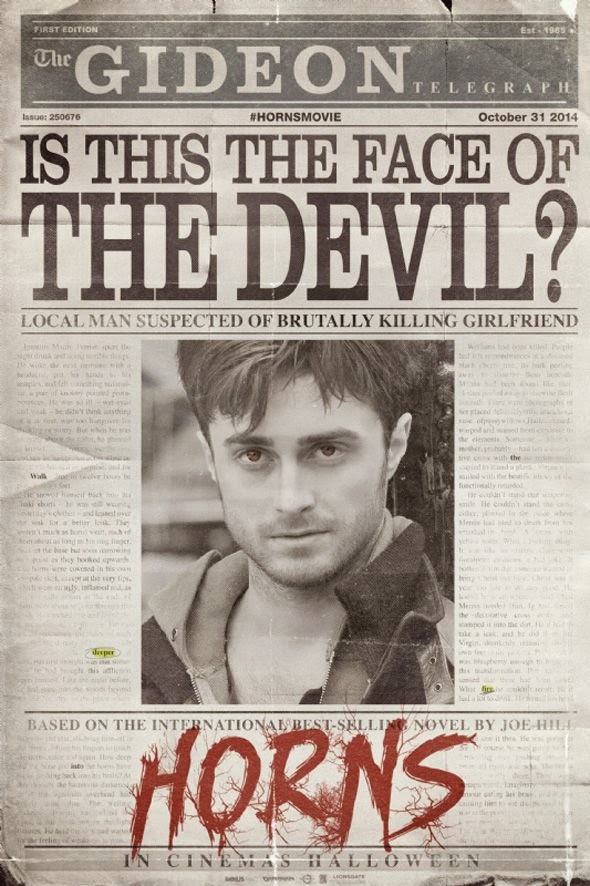 How did I miss this? Not just the movie news but the book it is based on. Daniel Radcliffe is staring in this adaptation set to come out this Halloween. The trailer looks great and I actually want to see this (been awhile since I've wanted to see a horror movie). More importantly I want to read the book. 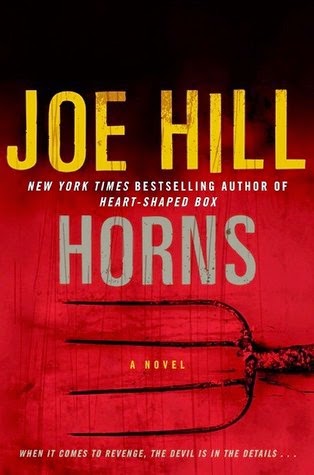 Summary: Ignatius Perrish spent the night drunk and doing terrible things. He woke up the next morning with a thunderous hangover, a raging headache . . . and a pair of horns growing from his temples.
At first Ig thought the horns were a hallucination, the product of a mind damaged by rage and grief. He had spent the last year in a lonely, private purgatory, following the death of his beloved, Merrin Williams, who was raped and murdered under inexplicable circumstances. A mental breakdown would have been the most natural thing in the world. But there was nothing natural about the horns, which were all too real.

Once the righteous Ig had enjoyed the life of the blessed: born into privilege, the second son of a renowned musician and younger brother of a rising late-night TV star, he had security, wealth, and a place in his community. Ig had it all, and more—he had Merrin and a love founded on shared daydreams, mutual daring, and unlikely midsummer magic.

But Merrin's death damned all that. The only suspect in the crime, Ig was never charged or tried. And he was never cleared. In the court of public opinion in Gideon, New Hampshire, Ig is and always will be guilty because his rich and connected parents pulled strings to make the investigation go away. Nothing Ig can do, nothing he can say, matters. Everyone, it seems, including God, has abandoned him. Everyone, that is, but the devil inside. . . .

Now Ig is possessed of a terrible new power to go with his terrible new look—a macabre talent he intends to use to find the monster who killed Merrin and destroyed his life. Being good and praying for the best got him nowhere. It's time for a little revenge. . . . It's time the devil had his due. . .
Posted by Kristina at 5:30 AM

Kristina
“A reader lives a thousand lives before he dies, said Jojen. The man who never reads lives only one.” ― George R.R. Martin, A Dance With Dragons

5 This book is rereadable ~I don't give this out often due to my growing piles of new books and don't find time to reread books.
4 Loved the book and would definitely recommend to others.
3 Love It/Hate It relationship with the book. Wouldn't NOT recommend it to others
2 Not a horrible book, just did not interest me.
1 Horrible book ~Again I don't give this out hardly ever, difference between a badly written book and one that just is not for me.